We’ve got the goods

Creating the highest quality product to enhance quality of life. Our goal is to provide the market with innovative cannabis products, growing clean and utilizing living organic soil, while pushing the envelope to further better the industry. 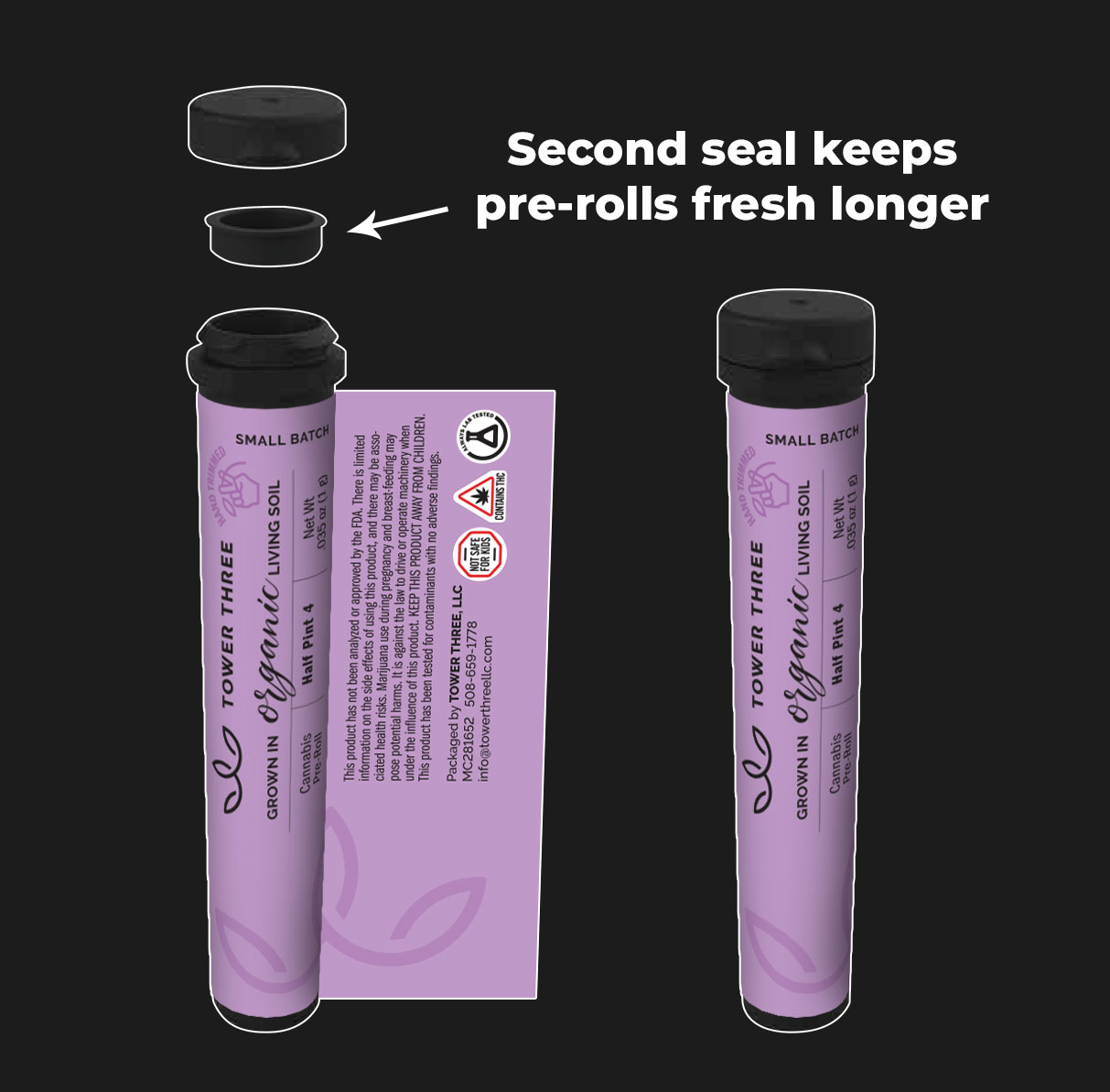 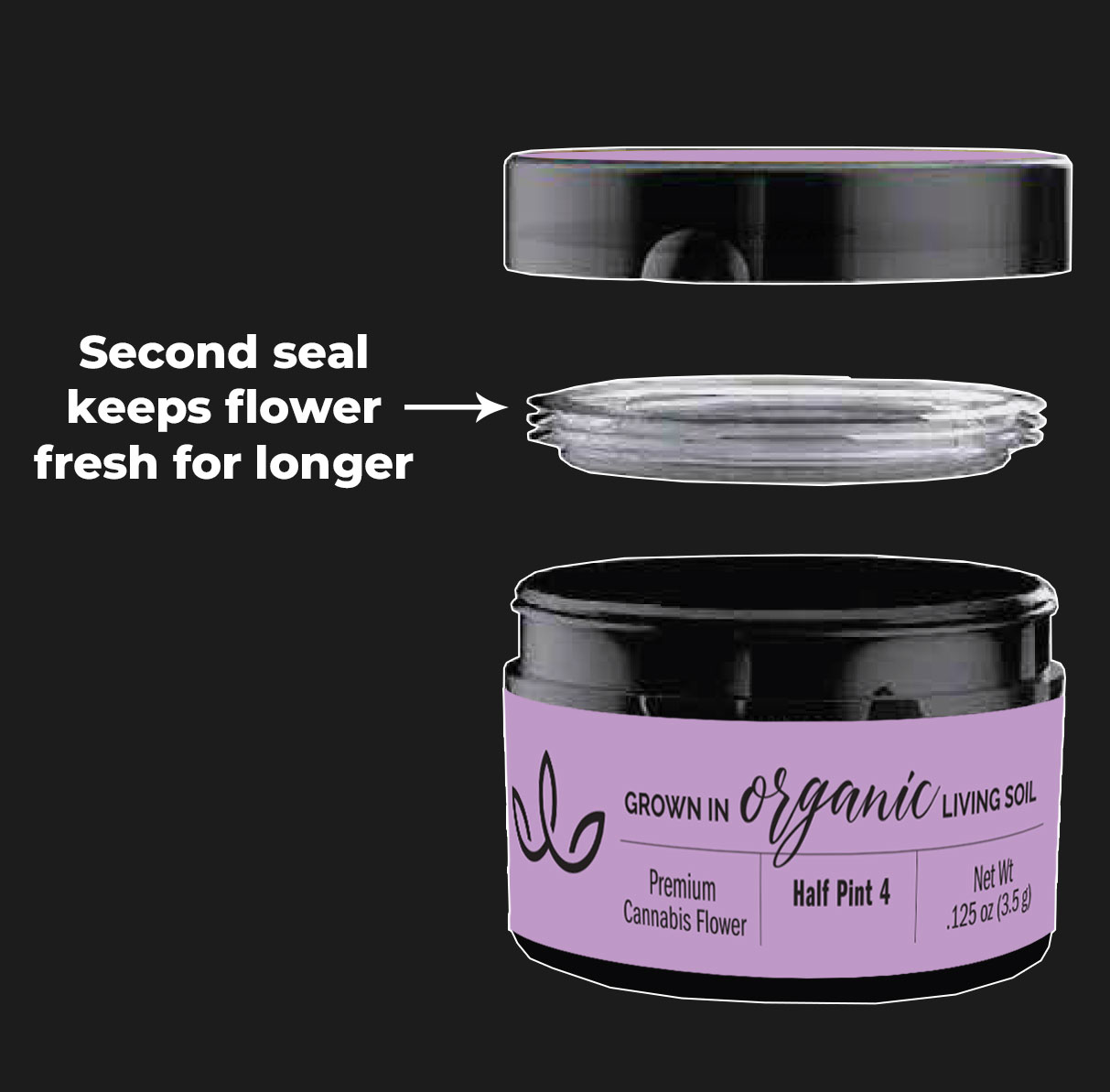 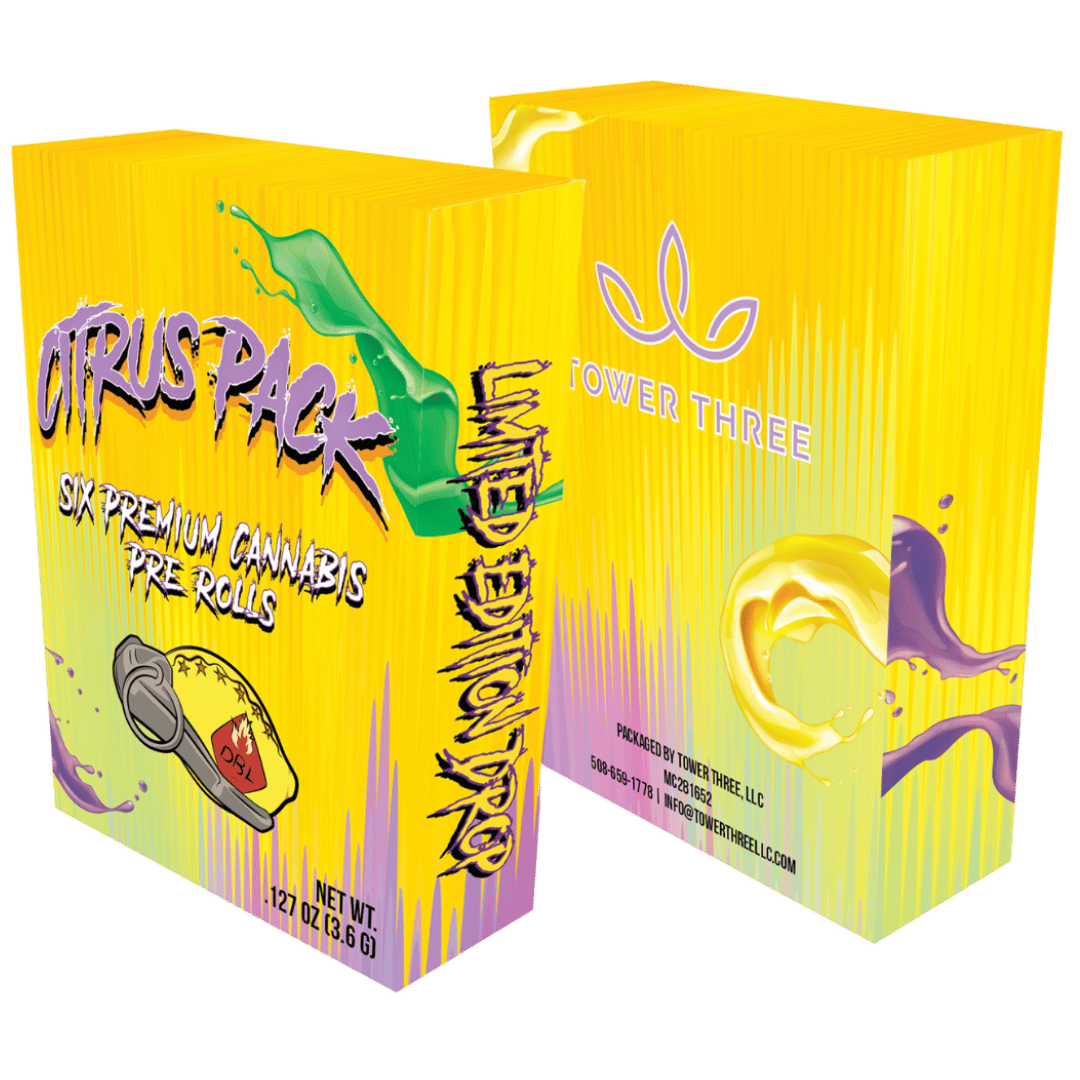 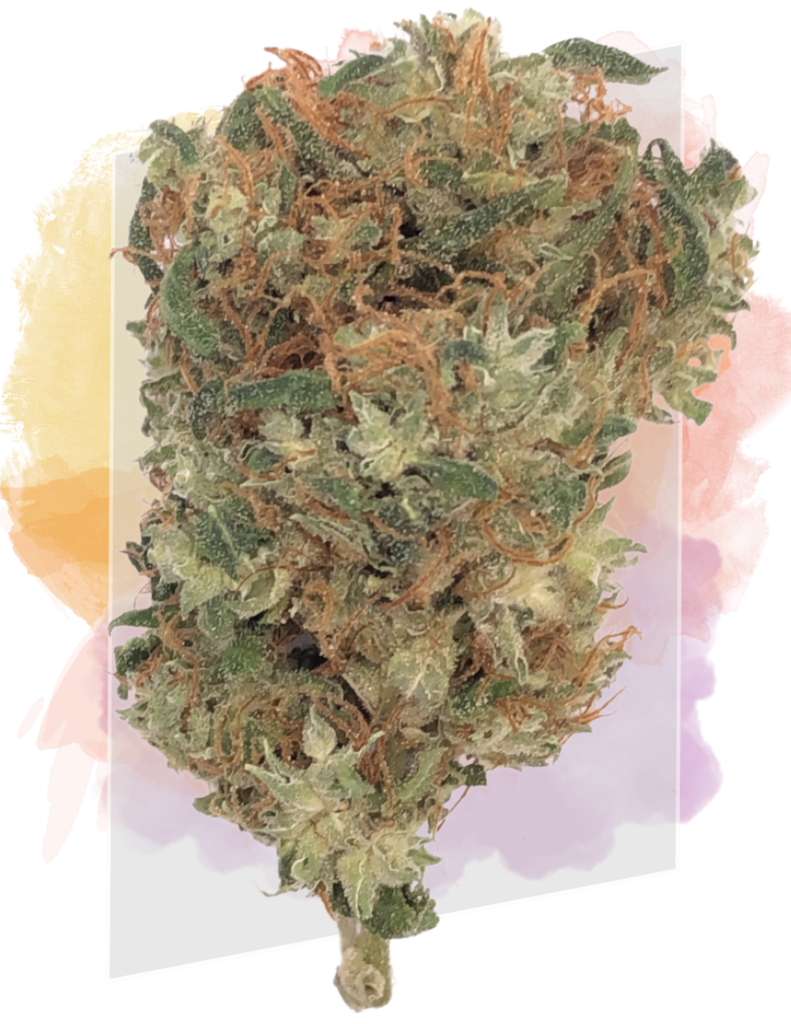 Three community growers met through this one plant years ago. It originated from Ohio, traveled to Colorado, and made its way to Boston. These three growers have preserved the terps and continue to grow DBL here at Tower Three. They even bare matching DBL tattoos, signifying their connection to this rare East Coast find.

Death by Lemons has a vibrant, bright green color, with rich, rusty orange pistils and an extensive coat of trichomes. This flower holds true to its name with a skunky burnt lemon peel flavor profile. An invigorating shot of sweet and sour. This strain promotes a cerebral and euphoric high with initial uplifting effects. 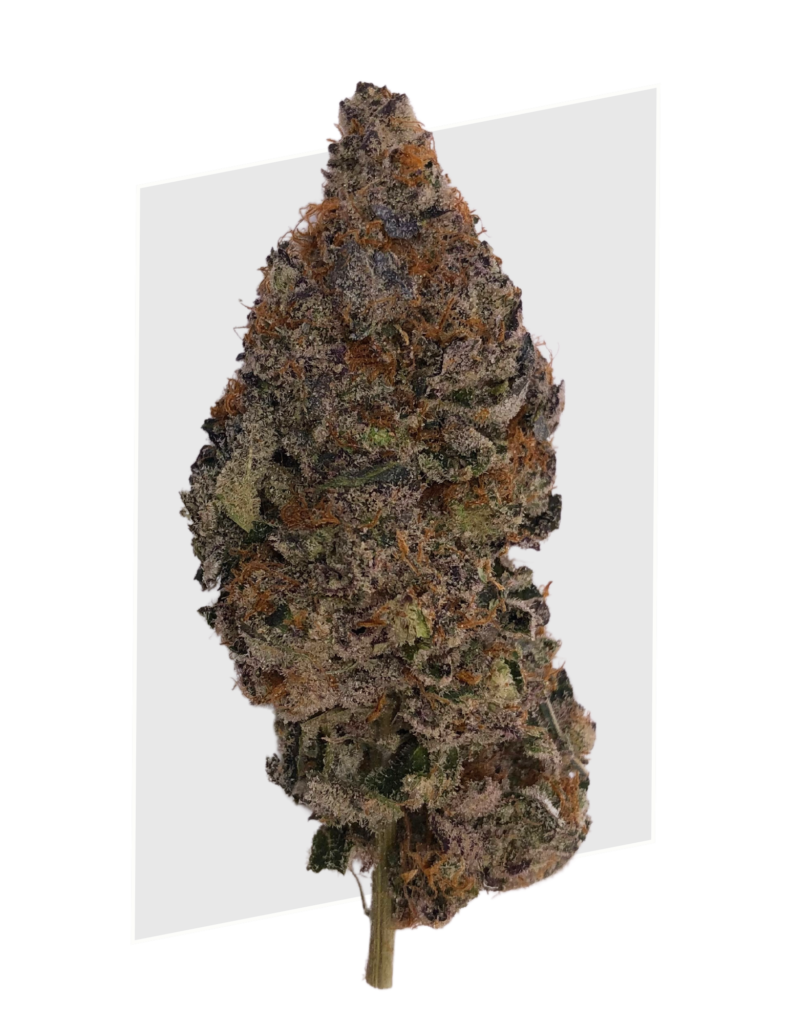 A very rare strain that features exquisite tropical flavors with hints of sour berry. There is a slight aroma of a spicy pineapple scent that turns pungent as soon as the sticky buds are broken apart 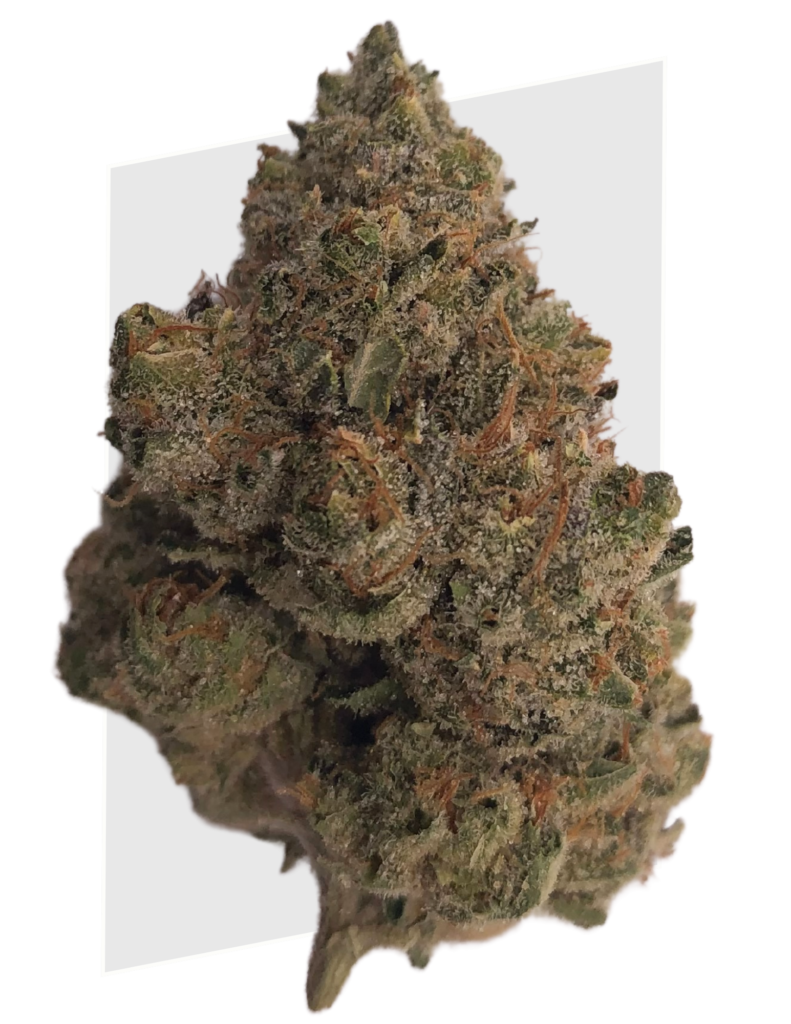 A relatively new strain coming from the West Coast, Donny Burger provides a rapid but long-lasting experience. A combination of cheese, diesel, spice, and fruit, it is a very versatile flower and can be used for day or nighttime euphoria in both your body and mind. 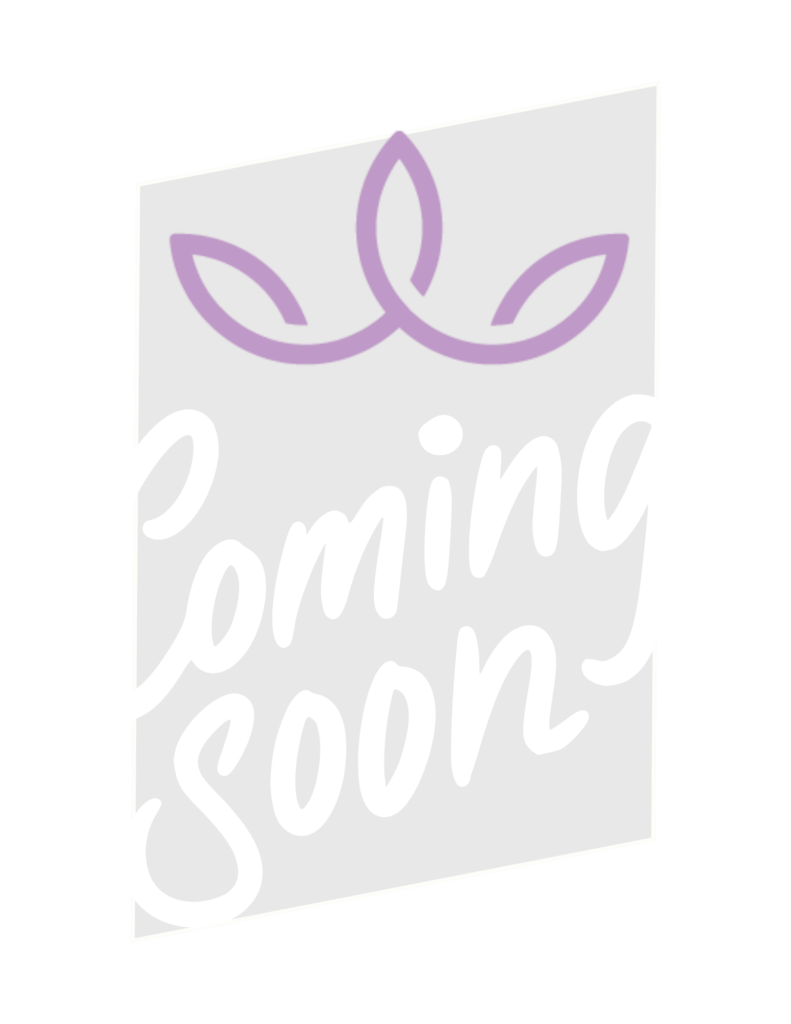 Rich flavors and aromas rife with buttery, yeasty notes and sugar sweet overtones, this flower is perfect for early mornings providing an extremely uplifting experience to assist in boosting your mood and help kick in some creativity. 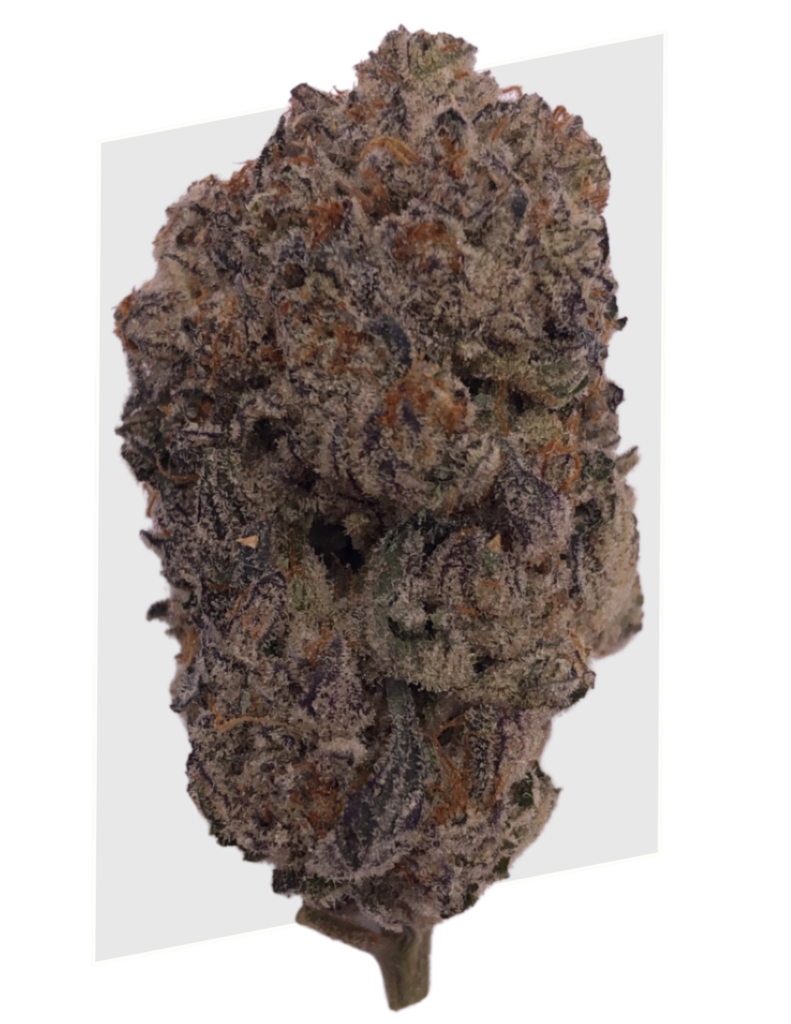 A very pungent aroma of honey and crème brûlée hints with a skunky, earthy smell leaves a lot for the nostrils to dissect. This is a beautiful looking flower that has a slight vanilla taste and is a strong option even for the most avid users and promotes a balanced experience.

A very high testing strain with abundant terpenes. This is a must try for any OG fans. The lemon aroma is strong on the nostrils and translates to a sharp and piney taste. Very relaxing effects thanks to the OG lineage. 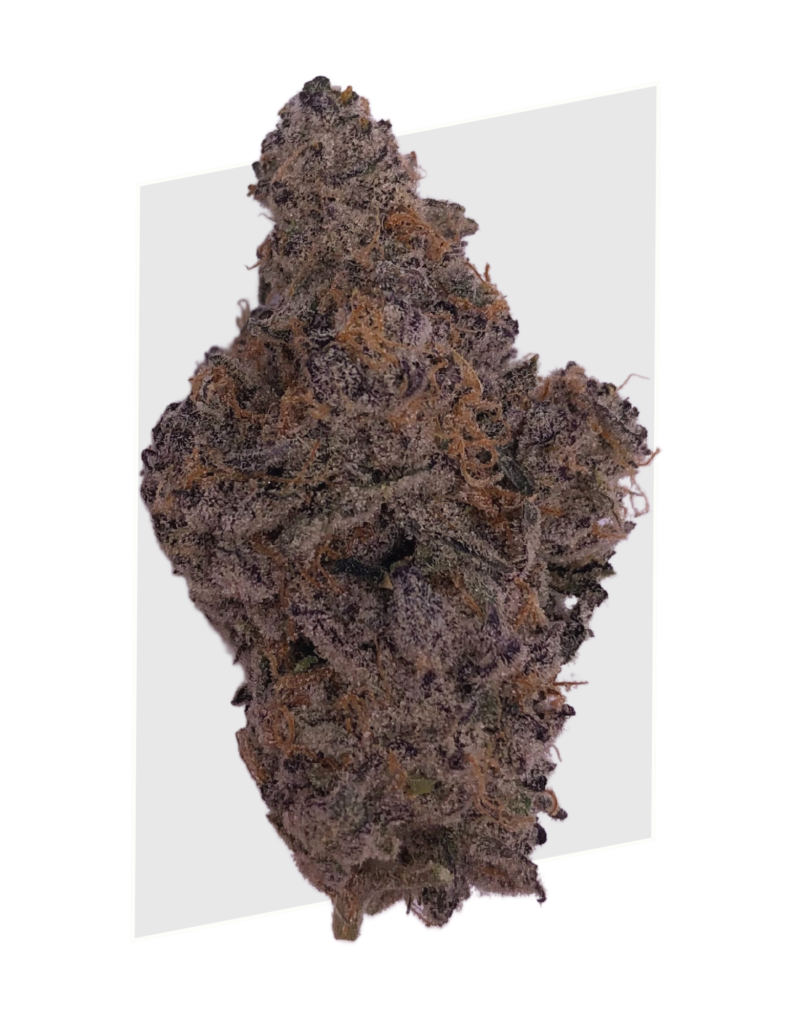 Perfect for any fan of a super minty flavor, Kush Mints brings on well-balanced effects. Kush Mint has a fabulously sharp minty taste with hints of fresh coffee and earthy cookies to it. The aroma is of earthy sweet woods and rich spicy coffee with a heavy kick of mint. It starts with a warming tingle in the spine, filling you with a sense of deep permeating relaxation that ebbs and flows outwards through your limbs until you are totally calm in both mind and body. With these effects and its high level of potency, Kush Mints is said to be perfect for treating conditions such as chronic pain, depression, chronic fatigue and nausea or appetite loss. 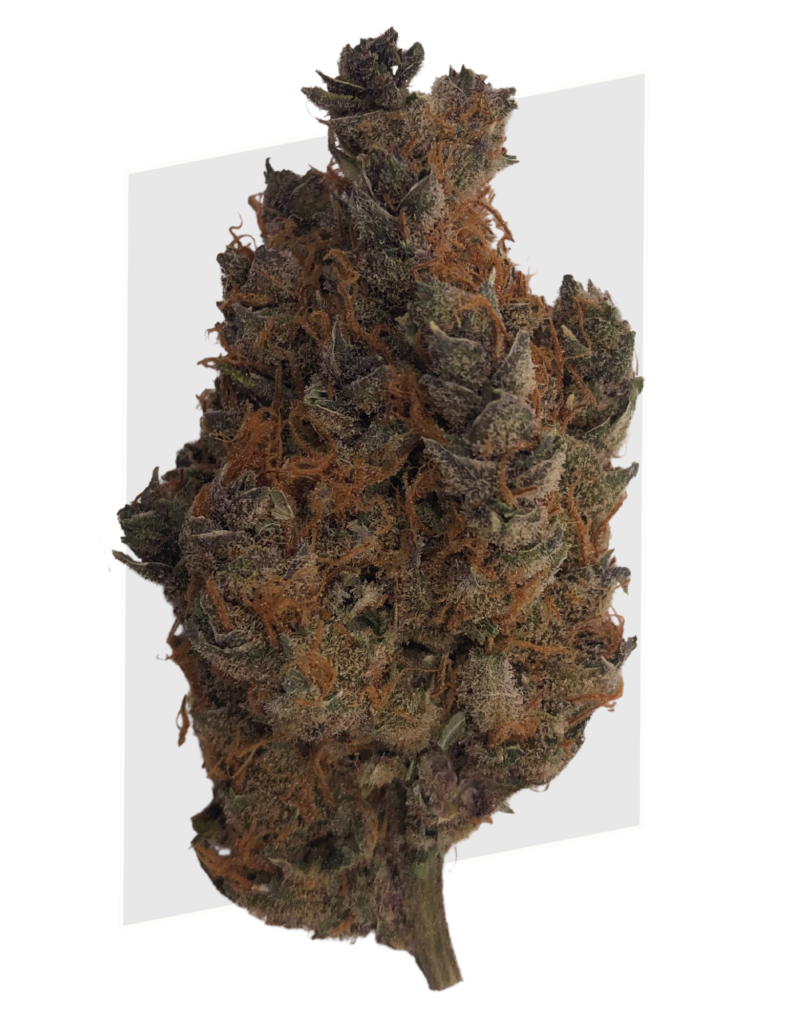 Zesty and citrusy with a little sweetness, this strain is very sharp and has a wonderful lemon scent and flavor. Super Lemon PuTang is a perfect choice to assist a user through the day, increasing energy levels, and has anti-inflammatory properties. 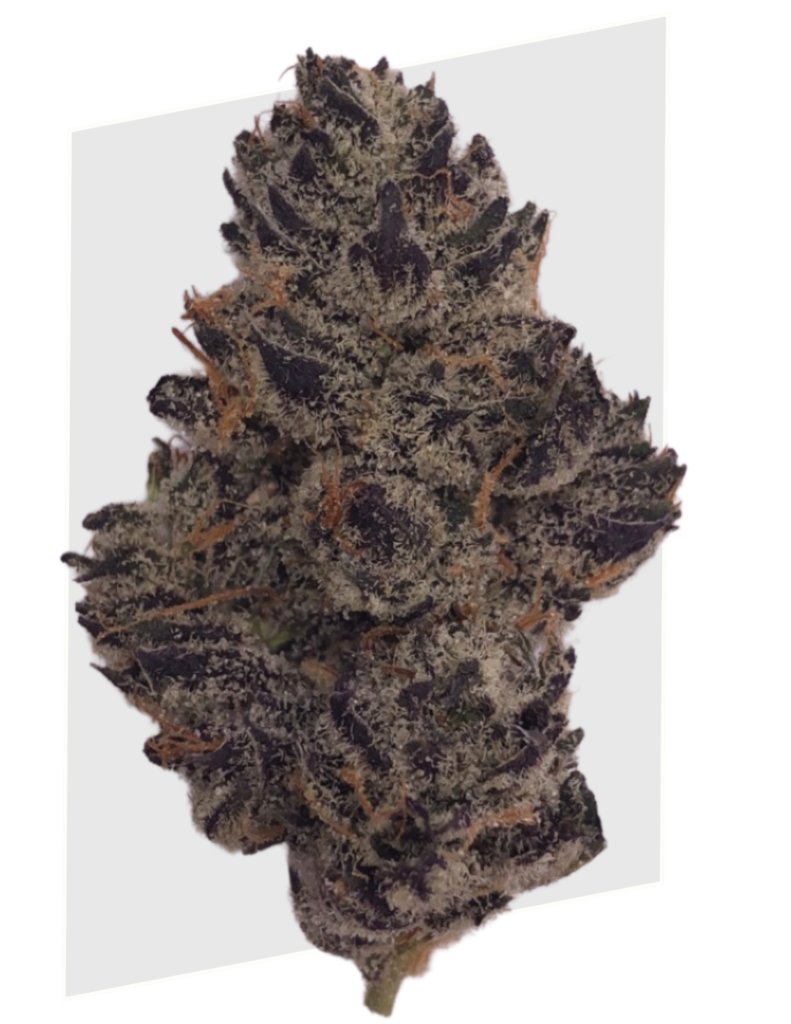 Just like its namesake, this strain is both a rarity and a delicacy, with a stand out umami flavor profile in a market dominated by vanilla and citrus. Boasting savory tones of earthy mushroom and light pepper, with a hint of garlic. This strain offers a sudden sense of calmness and contentedness, with a slight buzz of focused energy. Known to relieve joint pain, soothe sore muscles, and ease migraines while leaving you clearheaded and stress free. Ideal for treating symptoms of ADHD, ADD and anxiety when used in moderation.

Alpha-pinene (sometimes referred to just as pinene or written α-pinene) is a colorless, organic oil with a fresh, earthy scent reminiscent of – you guessed it – a pine forest. In fact, it’s the very same terpene that gives evergreen trees their smell. You’ll also find alpha-pinene in parsley, dill, basil, rosemary, and some varieties of citrus. Alert awareness reduced oil build up in oily skins.

The most common terpene found in the natural world, it’s been known to useful for pain, inflammation, or anxiety. Also have been know to open up airways.

Also called beta-caryophyllene or BCP, this terpene can be found in aromatic oils like rosemary and clove oil, and in nature it’s most commonly found in hops, cloves, black pepper, oregano, cinnamon, and basil. It’s responsible for the slight bite of pungency associated with smelling cracked pepper.

Caryophyllene is a bigger molecule than terpenes like mycrene and limonene. Caryophyllene’s molecular structure also contains a cyclobutane ring, something rare in nature and not found in any other known cannabis terpene.

The human body’s endocannabinoid system contains a vast network of receptors located throughout the body. Two major types exist: CB1 and CB2 receptors. CB1 receptors are primarily located in the brain and central nervous system, while CB2 receptors are found mainly in our peripheral organs.

When a cannabinoid such as THC is ingested, it primarily binds to CB1 receptors located in the brain and central nervous system, producing a euphoric effect.

The unique molecular structure of caryophyllene allows it to easily bind to CB2 receptors primarily located within our peripheral endocannabinoid system. This means that is doesn’t cause any of the euphoric feelings of cannabis while providing many of the benefits associated with activating those receptors, like reducing inflammation.

It’s unlike any other terpene because it is the only one that has the ability to directly activate a cannabinoid receptor, especially CB2 receptors.

Due to its unique ability to bind with cb2 receptors, this terpene has potent anti flammatory , anti microbial , antioxidants properties.

The most common terpene to be found in cannabis – gives a sedative effect.

Uplifting, creating a sense of euphoria, limonene helps increase serotonin and dopamine levels in key regions of the brain that are associated with anxiety and depression.

Woody, fruity, and citrusy. Been known to treat symptoms of type 2 diabetes by inhibiting the proliferation of key enzymes.

Cannabidiolic acid, is a cannabinoid found in cannabis plants. It is most abundant in the glandular trichomes on the female seedless flowers or more accurately infructescence often colloquially referred to as buds. CBDA is the chemical precursor to cannabidiol.

Cannabigerolic acid is the acidic form of cannabigerol. It is a dihydroxybenzoic acid and olivetolic acid in which the hydrogen at position 3 is substituted by a geranyl group. It is a biosynthetic precursor to Delta-9-tetrahydrocannabinol, which is the principal psychoactive constituent of the Cannabis plant.

Tetrahydrocannabivarin is a homologue of tetrahydrocannabinol having a propyl side chain instead of a pentyl group on the molecule, which makes it produce very different effects from THC.

It can treat or prevent nausea and vomiting caused by cancer medications when other medications do not work. It can also increase the appetite of people with AIDS.

THCA stands for tetrahydrocannabinolic acid and it is the precursor to THC (tetrahydrocannabinol). When cannabis is growing it makes cannabinoids as carboxylic acids that most often convert into non-acidic compounds through a process called decarboxylation.

Please verify your age to enter.